“The truth is incontrovertible. Malice may attack it, ignorance may deride it, but in the end, there it is.” – Winston Churchill.

Social media has been a breeding ground of fake truths that take hold so fast that in the face of a PR scandal over a data breach, embarrassing incident or a rogue tweet, social media can make or break a company’s reputation. United Airlines, EA and Pepsi are all casualties of poorly handled media furores that have seen them become vilified and ridiculed on Twitter and other social networks. Incidents are often leaked before full investigations are carried out, and businesses need to be ready to handle a social media storm.

Richard Stephenson, CEO of YUDU Ltd., shares his thoughts on how to deal with a crisis in the public (Twitter)sphere. “In the forty years I have been running businesses big and small, there has never been a time when we have less time to think before we act. Preparation is the only medicine.”

Open a Dialogue and Be Present

There are a myriad of tracking tools and analytical methods for keeping track of your social media presence. A spike in online interest should raise an alert for your PR team to check what is being said, and they should continue to do so until the incident has been dealt with.

When Equifax was hit with a massive data breach (affecting 143 million customers in the US alone), they took 6 weeks to announce the breach to their customers. This, combined with the leaked fact that their Argentinian platform was protected with the login and password “admin, admin”, has caused immeasurable damage to consumer trust and the reputation of the company. Even worse, they tweeted a phishing link instead of the link to their help page in response to the crisis – four times. Instead of receiving timely, well-planned communication, Equifax customers were left in the dark and being bombarded with more and more embarrassing proof of the company’s negligence. 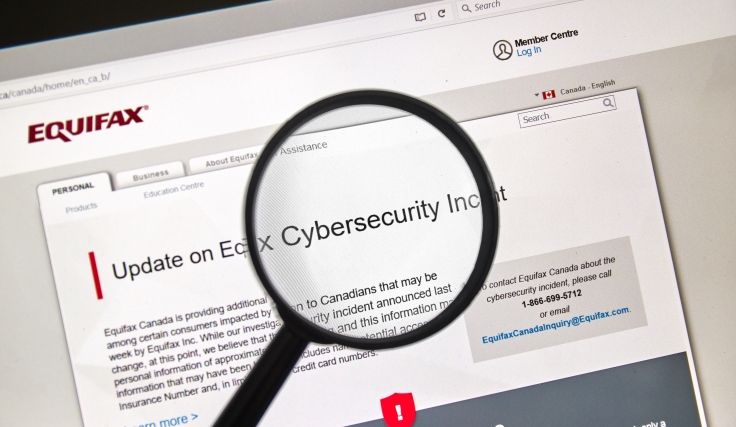 An example of competent handling of a crisis can be found in Southwest Airlines. In December 2016, an outage led to passengers not being able to check in for flights and over 2000 flights being cancelled. With their own website down, the customer service team took to Facebook and Twitter to respond to passengers and released updates via Facebook live videos. Responses were fast, apologetic and spread across several different social media platforms, leading Southwest Airlines to be lauded as an example of effective crisis management using social media.

“A crisis is where leadership is tested, it can define or break your reputation for competence,” Stephenson warns.

Have a Solid Plan

While many companies have a communications department or a social media lead, many organisations consider social media to be an afterthought. A study by Weber Shandwick found that only 54% of lawyers surveyed have received instruction on how social media impacts their companies, leaving nearly half of law firms unprepared for managing an incident that goes public.

Part of Equifax’s undoing was its lack of preparation. Firstly, the hackers were able to get in via a vulnerability that Equifax knew about and could have fixed, showing a worrying lack of preventative measures. Then, despite having waited 6 weeks to announce the breach, the response website was set up on a separate domain rather than adding a page to the existing, more secure Equifax website, making many customers feel like it had been a rushed job. Customers were understandably even more angry when bugs were found in this site.

However, when Target was hit with a data breach in 2013, it used its social media platforms to publicly admit to the breach, start a discussion through Facebook offering tips on how to protect your personal data online, a letter from the CEO and free credit monitoring. While Target’s handling of the situation wasn’t perfect, social media was used honestly and to spread information that was useful to the consumer.

Stick the Company Line, But Don’t Sound Like a Corporate Drone

EA have recently found themselves the target of mockery and outrage due to their response to a negative comment on Reddit about the high level of micro transactions required to unlock Darth Vader as a character in Star Wars Battlefront II. EA’s response has become the most downvoted comment on the site’s history: “The intent is to provide players with a sense of pride and accomplishment for unlocking different heroes.” This came across as a shameless lie about hiding iconic game content behind a paywall, and the response has been lambasted in memes and even referenced in other games.

The United Airlines scandal is another example of overly corporate wording sounding like an attempt to downplay a serious issue. Their apology for the inconvenience of “re-accommodating” the doctor who was assaulted and dragged off the plane, incurring multiple injuries, has gone viral in a similar way, with even the Merriam-Webbster dictionary joining in with the Twitter backlash. If they had given a swift, sincere and sensitive apology, then they could have avoided a huge amount of bad press.

“The natural story tellers who might be inclined to twist the narrative should be locked away along with the grey suits. The spokesperson should have command of the facts, and not drift into speculation but deliver what is known with gravitas and compassion for those impacted,” says Richard Stephenson.

The most important thing to bear in mind is that anything you post on social media can be shared instantly and an infinite number of times. Be prepared with a plan for when things go wrong, make sure your response is honest and your tone appropriate. While the wrong thing going viral can spell disaster for a company ill-prepared to deal with it, social media can also be a powerful tool for connecting with consumers on a more personal level and getting across the vital information that can help you weather the storm.

YUDU Sentinel is an app based crisis communication platform for the management of fire, terrorist and cyber attacks, or any other critical incidents. Crisis managers have immediate access to an independent two-way communication (SMS, voice, email and in app messaging) and can view key documents on mobiles. Sentinel is a cutting edge crisis management tool. Find out more at http://www.yudu.com/do/notification/sentinel or contact us on Twitter @YUDU.

2 thoughts on “Handling Social Media in a Crisis: Dos and Don’ts”