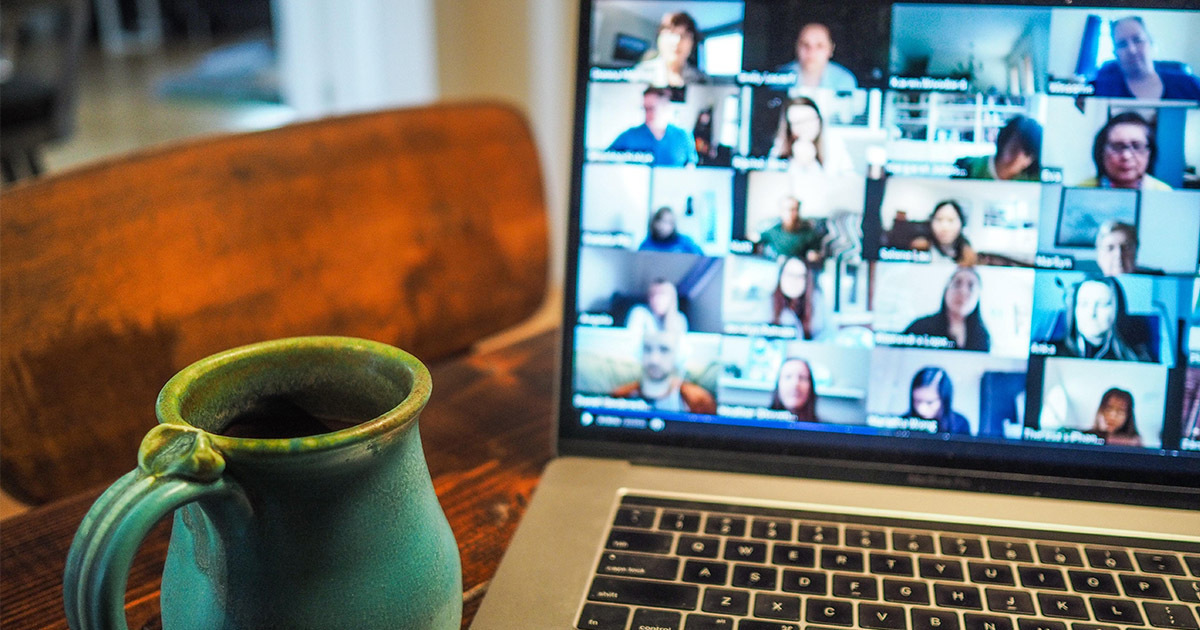 Samling is Swedish for a gathering and every Monday morning and Friday lunchtime the staff at YUDU gather for a virtual huddle. Zoom is fired up and the Samling is kicked off by CEO Richard Stephenson. As the unusual name might suggest this isn’t a typical business conference call, it’s not about sales targets or new opportunities. At its heart is staff welfare.

Just over two months ago the company’s employees, which number around forty people, were located at offices in London and Clitheroe in Lancashire. Suddenly a Covid-19 switch was thrown and the company, like so many others, was forced to send staff scattering to remote locations.

Managers had two major concerns; would the available technology allow the firm to continue to trade successfully and how would staff respond to homeworking? Being a digital company, the technical switch proved remarkably easy, but homeworking can be daunting for those unused to it, particularly when the change was so sudden and unexpected.

There are a slew of websites which aim to help companies prepare staff for remote working, but this tends to revolve around fitting computers with new software, cyber-security issues, and providing desks and chairs. There’s not much on staff wellbeing.

Right out of the gate, the boss at YUDU recognised the need to keep staff in the loop and to find some way to replicate those watercooler conversations that bind a company’s workforce together. There was also the concern that loneliness and isolation might kick in after the initial euphoria of not having to jump on a packed commuter train started to fade. The Samling was born.

Richard Stephenson: “I wanted to make sure everyone continued to feel part of the YUDU team. The Samling is all about the small things in peoples lives that they’re willing to share: What they did on the weekend, where to buy yeast and flour, new hobbies they’ve taken up. We had an egg painting competition over Easter. No one is forced to join the Samling call, but it’s remarkable that almost everyone does, simply because they like it.”

Marketing executive Emily Byrne said: “I really look forward to the Samling chats. One unexpected bonus is that it’s brought people in the London and Clitheroe offices much closer together. I now chat with people I’d never talked to before.”

Twitter recently announced its intention to support a distributed workforce. A spokesperson said: “If our employees are in a role and situation that enables them to work from home and they want to continue to do so forever, we will make that happen.” For many office workers, remote working looks set to become the new reality.

YUDU staff are adjusting to the new world of work with the Samling doing its bit to maintain a happy and productive workforce. The Samling’s time has come and like any good idea, it might be here to stay.

Dr Liz Royle is an international author and speaker with clinical experience of working across the full range of psychological trauma.

She is an accredited BACP psychotherapist and EMDR Europe Approved Consultant and was the lead person for the European Society for Traumatic Stress Studies ESTSS Managing Trauma in the Uniformed Services task force for 8 years.

Her professional experience of trauma was cemented during her time as Senior Welfare Officer for Greater Manchester Police providing psychotherapy and 24/7 critical incident interventions to police officers.

Since leaving the police service in 2004, she has written Trauma Support policies for City Councils, Police Forces and security companies and provided strategic and crisis response support to organizations affected by the 7/7 bombings, the 2004 Tsunami and groups affected by disaster, deaths and accidents.